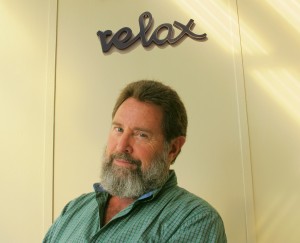 Lama Marut (a.k.a. Brian K. Smith) is extensively trained in the spiritual traditions of India and Tibetan Buddhism. He holds a Ph.D. in Comparative Religion and taught for over two decades in the academic world, first at Columbia University and later at the University of California, where he retired as Professor Emeritus in 2004. He lived as a Buddhist monk for eight years and has served for the past fifteen years as a spiritual teacher to students around the world. Lama Marut is currently the Spiritual Director of eight “Middle Way Centers” located in North America, Australia, and Singapore. When not traveling, he resides with his wife, Cindy Lee, in rural Australia.

In addition to several scholarly studies and translations based on Sanskrit materials, he is the author of the popular and award-winning book, A Spiritual Renegade’s Guide to the Good Life (Beyond Words, 2012) and his new book, Be Nobody (Beyond Words, 2014). With his unique mixture of erudition and earthiness, intensity and humor, conviction and openness, Lama Marut’s message is easily accessible and life changing.