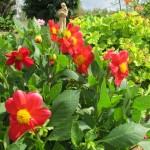 It’s springtime . . . if you’re in Australia. Never mind the weird accent and strange expressions (“good on ya’s, mate!”), driving on the left side, or the mysteries of Australian-rules football. Among the hardest things about relocating to Oz has been that the seasons come in inverted order.

October is buds, flowers and the return of mild temperatures, and not the autumnal briskness and riot of leaf color on turning trees. Christmas time approaches. . . which for folks here means barbies, beach, and bikinis. 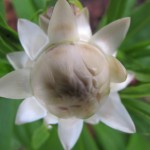 And it’s really disturbing to have April and May – for me, months that have always augured the beginning of nice weather after a long winter – be instead just the opposite: bitter, chilly, and rainy. And June, July, August? Cold! Sometimes freezing cold! Not at all what I expect from these months after more than half a century living in the northern hemisphere.

The fact that the seasons are all turned inside-out down here, Down Under, reminds me of the verse in the Yoga Sutra where ignorance (avidya) is defined in terms of such inversion: “Ignorance is thinking that things which are impermanent, impure, productive of unhappiness, and devoid of a changeless essence are permanent, pure, productive of happiness, and have a changeless essence.” (Yoga Sutra 2.5) 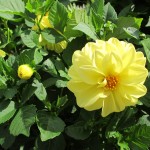 We get things not a little wrong; we’re 180 degrees incorrect. And we suffer as a result. We think that changing things won’t and then are taken by surprise when they do. We believe that impure things like the human body should always be young and attractive and are bummed when we see bags of flesh, blood, and bone (including our own!) that are ugly, old, sick, and repulsive. We repeatedly look for happiness in all the wrong places – in money, things, relationships, professions, entertainment, travel, etc. – and are perplexed when these external things fail to make us happy. And we grasp onto our own identity (and the labels we place on others: “irritating,” “friendly,” “beautiful”) as if there were something tangible and real that the labels are labeling, instead of realizing that they’re just names slapped on top of constantly changing processes. 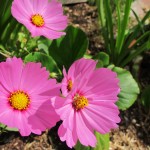 So it’s good to have expectations disrupted a bit. The fact that October ain’t what I thought it should be allows me to contemplate all the other things in life that aren’t meeting with my unrealistic assumptions. I’m wrong a lot; things are not, upon inspection, how I think they should be.

And that’s what it means to be in samsara, right? We’re holding on to our unrealistic expectations instead welcoming and embracing things as they really are. It’s springtime in October! Not so bad, reality, when you get used to it.