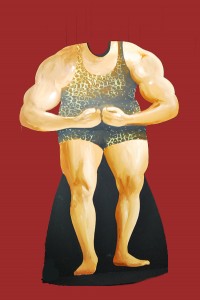 This podcasts reviews some of the arguments found in Buddhist texts as to why the self we think exists has to be just an illusion. Although the “I” seems so tangible and obviously present, when we try to put our finger on it we come up empty handed.

We have a sense that there must be a self that persists unchanged over time, some part of us that remains the same throughout our life.   But if a permanent, unchanging self existed, it would seem like we’d be able to find it somewhere within the body and mind that comprise the self.

But there is no physical or mental part of ourselves that isn’t constantly changing, and so there can be no unchanging self anywhere within our physical and mental parts. And neither is there an “I” independent of or separable from the body and mind – a self that “has” a body and mind but somehow stands apart from them. Such a self would not depend on its physical and mental parts and would be sort of free floating and de-identified with the mind and body.

There’s also no singular, unified “I,” because it too would have to be located either within the body-mind complex or apart from it. But both the body and mind consist of numerous components, and so there can be no singular self found there. And there is no unitary self that can be discovered outside of the body and mind, as we already seen.

And finally there’s no master or commander “I” who can control the present in the present – a “Captain Kirk self” sitting somewhere in the “Spaceship Me” giving orders to the crew. The proof of this is fairly obvious, since we are often confronted with our powerlessness over the events that unfold in our lives.

This sort of inquiry is a very powerful way to destabilize our grasping to a self that simply isn’t there, and reconciling ourselves to the fact that the self is nothing more than concept or idea that we overlay onto multiple and constantly changing parts. Such a purely conceptual self can be changed and improved.